Ep 35 - The Reddish Wolf Like Monsters and the Mighty Thanus

Instantly Identify Your Personality Quirks, Innate Talents, And Hidden Weaknesses By Discovering Your True Self With A Free Personalized Archetype Reading. 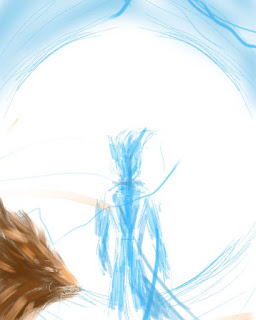 Bill: Listen. I don't want to hurt any of you. I'm just here to free the imprisoned villagers and have the dark poison antidote for my sick father. I hope anyone can understand me.

The wolves didn't stop attacking Bill and they got angrier whenever they pushed back by his barrier and electricuted.

Bill: I guess nobody understands me here. If you guys get in my way then I have to do something about it.

Bill charge his electricity barrier and it spreads to the reddish wolves that attacks him. It deals average damage to the wolves and some of them cries while running out of Bill.

The electricity barrier disappears and Bill is totally vulnerable to any reddish wolf that may attack. However, the wolves starts to fear Bill because of the electricity bolts that damages them. Bill walks slowly forward and no one wants to attack him. The reddish wolves were just growling with anger and were just looking at him.

Bill: That's right. If you don't attack me, you're not gonna be hurt. Let me walk in my destination and stay out of me.

Some of the reddish wolves attacks Bill but he just punch them out with electricity charges on his fist. The damaged wolves cries and runs out of Bill. 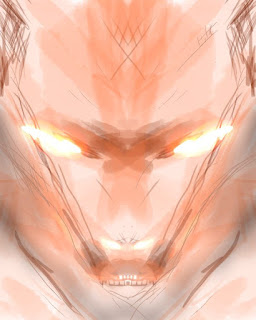 Bill sensed a huge gigantic creature running fast towards him. The reddish wolves stay away from Bill. The gigantic wolf that is the leader of the pack shows himself and talks to Bill using its mind. The amulet of energy allows Bill to communicate with the reddish wolf leader using their minds.

Red wolf leader: Who are you? And why are you here?
Bill: Cool! A talking big reddish wolf! Finally I found someone that I can talk to. I'm Bill from the Globe Island from far universe. I'm here to free the imprisoned villagers and have the dark power poison antidote.

Red wolf leader: It's been a long time since the last hunter tried to free the villagers. We protect the villagers from enemies. They feed us, they nurture us and they give us livelihood. Unfortunately, a very powerful creature with high voltage electricity power attacked us. We failed to protect them and now they have been imprisoned for a long time now.

Red wolf leader: If you can prove your worth, I will assist you to go in the sacred wall mountain where the guard of the gate is. The wall mountain is protected by high voltage electricity barrier and no one can get through the barrier.

Bill: Okay. So how will I prove my worth to you?
Red wolf leader: By beating me. The villagers called me "Mighty Thanus". Beat me in battle and you will have my assistance.
Bill: Okay then, let's get it on!
Thanus: I like your confidence, kid. Take this!

Thanus, immediately released a powerful wave of flame from his mouth and Bill was not prepared to defend himself. Thanus was sure he hit Bill a hundred percent.

Thanus: hmm.. That attack eliminated powerful hunters who tried to get in the mountain. I'm sure this kid was toasted.

When the flame is disappearing, Bill appeared with an electricity barrier around him.

Bill: That's fast! Luckily, my command of the electricity power was very responsive as I expected.

Thanus: Impressive. This boy has really have something. The power of electricity. It's been a very long time ago since I saw this kind of power. This is getting more exciting!
Labels: The Awakening