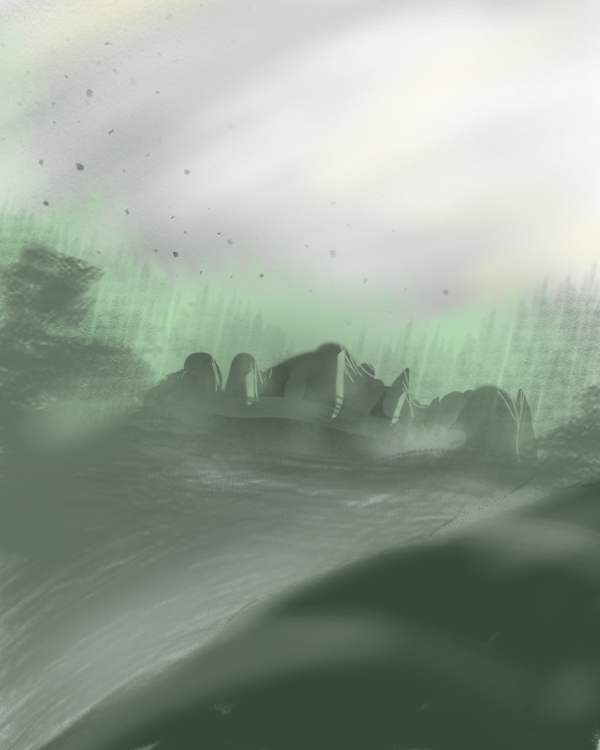 While Marian is in trauma because of the incident, she has to take care of his husband and Bill helps her while they are staying at Protos' apartment. Protos told Marian that his son is the only one who have the posibility to free the villagers againts the powerful creatures that guards the gate and have the dark power poison antidote for his husband and him.

At first, Marian hesitates to talk to Bill about it. But as the time passes by, his husband's health is becoming worse. She talked to his son if he would like to go to retrieve the antidote on the said planet.

Protos: Are you sure about this?
Bill: Yes! I can't take that papa is dying while I'm here doing nothing.
Protos: Nobody comes back because the villagers that operate their portal was imprisoned.
Bill: But I have to give it a try.
Protos: Okay. Prepare for tomorrow's flight. I will talk to the trainor in the gifted island to train you so you can register in the Globe Island as new hunter.
Bill: Okay master. Thank you.

Bill talked to his father.

Bill: Hang on pa. I will come back here with the antidote to heal you.

While Protos is still paralized, Bill assisted him to use his phone to talk to the Gifted Island Trainor Kim and tell everything that happened.

The next day afternoon, Bill flew to the gifted Island for his training. Marian cried because of the risk, but she has to be strong.

Bill: This is a life changing path for me. I never knew that I have this kind of power since I was born. All that matters to me is my papa and master. I need to give my best so I can free the villagers and have the antidote.

Bill landed in the Gifted Island in the before the evening comes. Kim, his trainor welcomed him to the place. She explained that only a creature with electricity power can unlock the gates that imprisoned the villagers. She let Bill rest for the evening so they can start training in the morning.

In the morning, Kim and Bill started discussing about the 3 training modules they have to do. The first training is the "awakening" where Bill can learn to use his electricity power anytime he wants to. The second is "controling" where he can have full control of his. Last is the "creation" where he can create skills using his electricity power.
Labels: The Legend's Beginning