Ep 34 - Bill arrived in the Wild Planet of Imprisoned Villagers 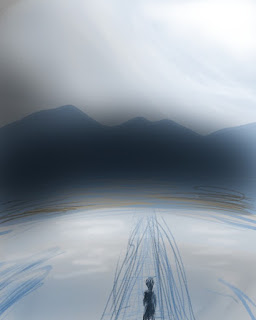 While the hunter before Bill is transporting in the portal, Humprey makes a waiver that will allow Bill to travel in a blacklisted planet where the imprisonned villagers are. Bill signed the waiver right after it was made. After signing the waiver, Bill went inside the portal. The operators of the portal starts to set it to Bill's destination. When all is set, the portal starts to light. Bill was instructed to remain calm and relax while the portal makes a very bright light. Bill closed his eyes while the transporting is happening.

Bill arrived in the Wild Planet of Imprisoned Villagers


After minutes of transporting from portal 9 of the Globe Island, Bill finally arrived in the wild planet. The very loud sound and very bright light of the portal have gone. Bill sensed that he's already in his destination. When he opens his eyes, he was totally amazed in the large moon from the sky. The moons shines bright. It is night time in the planet. The surroundings is similar to his home. Bill walks outside of the portal of the wild planet.

He's amazed by the lake and the huge trees from a far. The trees were dark. There is a pathway in the middle of the lake going to the dark forest.

Bill: Wow! It is like a paradise in here. The air is so fresh and the night is inviting me to rest. But I don't have to waste time now. I got to find the location where the villagers are. I think I have to follow this pathway.

Fallen warriors on the wild planet


Bill crossed lake using a wooden bridge in the middle. While he is walking in the bridge, he is looking around and amazed by the beauty of the planet. When he reached the land going to the dark forest, he saw a skull in it. He starts to walk cautiously. Another skull and skeletons is on his way. He noticed few skulls and skeletons while he is walking near the dark forest.

He ignored the skeleton and skulls and walk bravely straight ahead. All of a sudden, a deep and loud monster like howl sounded. Bill stopped walking and feel the surroundings. He felt a great danger coming in. After awhile, the howling stops. He sense a vibration like there horses coming in.

Bill: What's this? I have to prepare myself.

Bill remained calm while waiting for something to come. He looked at the dark forest and he sensed the plants inside are moving. He remains calm and waits for them to come out. He noticed orange light of eyes blinking. And then another orange eyes appeared. The orange eyes keeps appearing and he sensed groups of hound are inside the dark forest. He heard some wild, deep and loud growls from the creatures. 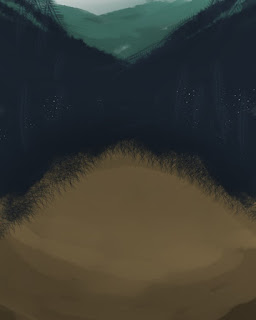 When the eyes went near, one by one, the creatures showed themselves. They look like huge wolves with reddish orange color of shiny fur.

Bill: I came here in peace! I'm not here for battle. I just need antidotes from the imprisoned villagers.

The growling of the reddish creatures got even more wild and loud.
Labels: The Awakening